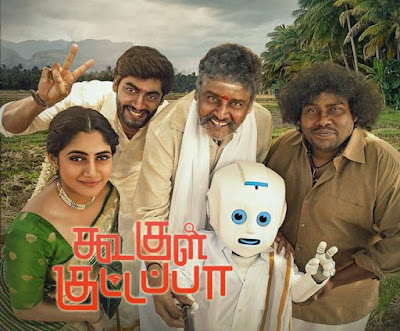 Koogle Kuttappa is an upcoming Indian Tamil science fiction comedy-drama film directed by newcomer Sabri-Saravanan and starring K.S. Ravi Kumar is under the banner of RK Celluloids and co-produced by Kallal Global Entertainment. The film stars Ravi Kumar himself in the lead role of Tarshan, Losalia and Yogi Babu.